The space technology company’s new 85,000 sq. ft. facility is located within the Space Port Business Park at the Midland International Air and Space Port, the first commercial airport to obtain a Space Port License from the Federal Aviation Administration. It will augment the current R&D, engineering and manufacturing capabilities in Maryland and Europe operated by AST & Science and its subsidiary AST & Defense.

The new plant will be one of the largest “NewSpace” manufacturing facilities in the United States and will create more than 160 space manufacturing jobs in Midland, according to AST & Science chairman and CEO Abel Avellan, who said the company expects to invest over $30 million in the facility over the next several years and to achieve annual production capacity of 100,000 space modules, called Microns.

The new AST & Science plant will design, build, integrate, manage and launch satellite platforms into low Earth orbits (LEO) in a fully integrated aeronautical and space operation. Avellan noted that the collocation of the high-volume manufacturing and direct airside access for the horizontal launch capability, using carrier aircraft at the Midland Space Port, will be an important element in the company’s planned rapid LEO satellite deployments.

The company’s patented modular construction process will dramatically reduce the cost and weight of the LEO satellites, while providing unprecedented levels of power and performance.

“Our revolutionary technology will change the way satellites are manufactured, launched and used in space and on Earth. From Midland, we will scale up quickly to produce high quantities of low-cost, ultra-powerful LEO satellite platforms,” said Avellan. “This will open up an astonishing range of commercial and defense applications not previously possible with traditional satellite manufacturing techniques.”

Construction of the facility is now complete, thanks to the partnership with the Midland Development Corporation (MDC), and initial production is scheduled to commence early next year. The first satellites will be launched for orbital tests in 2019.

“We are delighted to be welcomed by the City of Midland and the grand state of Texas, where big things happen,” commented Adriana Cisneros, a board member and chief strategy officer of AST & Science, as well as CEO of Cisneros.

Brent Hilliard, chairman of MDC, said: “We’re thrilled to announce this partnership with AST & Science. Midland gets 160 jobs in a diversified, high-tech industry, and can offer AST & Science a location with access to an airport and licensed space port. The MDC provided a scalable manufacturing location that was a key factor in bringing this new industry to Midland. It’s a symbiotic collaboration that makes perfect sense.” 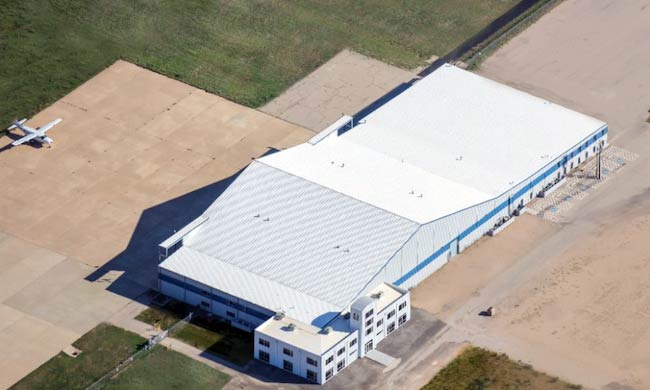 Earlier this year, AST & Science acquired a controlling interest in NanoAvionics, a European manufacturer and systems integrator of small lightweight satellites, and forged a partnership with Cisneros, the original founders of DIRECTV in Latin America and a large media player based in Miami, Florida.

AST & Science was founded by satellite-industry pioneer, entrepreneur and inventor Abel Avellan, a 25-year veteran in the global satellite communications sector. He was the founder and CEO of EMC until its sale for $550 million in 2016. Avellan is also co-inventor of 18 U.S. patented technologies.

The Midland Development Corporation (MDC) promotes the City of Midland and incentivizes qualified employers who create and retain a diversified job market in the greater Midland, Texas, region. MDC promotes business expansion and job creation through an established business climate and a strong community. MDC is an effective steward of sales tax revenue to efficiently grow Midland’s economic stability and quality of life.