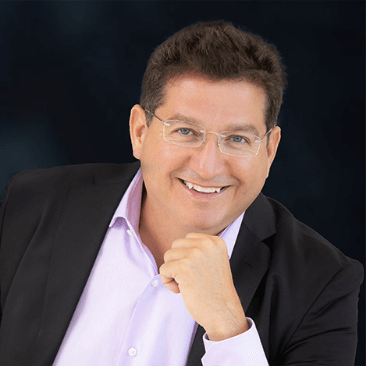 Mr. Avellan is AST’s Chairman, founder and Chief Executive Officer since its inception in 2017. Prior to founding AST, Mr. Avellan served as the founder and Chief Executive Officer of Emerging Markets Communications (EMC), a satellite-based communications services provider to maritime and other mobility markets, from 2000 until its sale for $550 million in July 2016. Mr. Avellan has over 25 years of success in the space industry and is an inventor on 24 U.S. patents. He was the recipient of the Satellite Transaction of the Year award by Euroconsult in 2015 and was named Satellite Teleport Executive of the Year in 2017. A proud United States citizen, Mr. Avellan resides in Florida with his family. 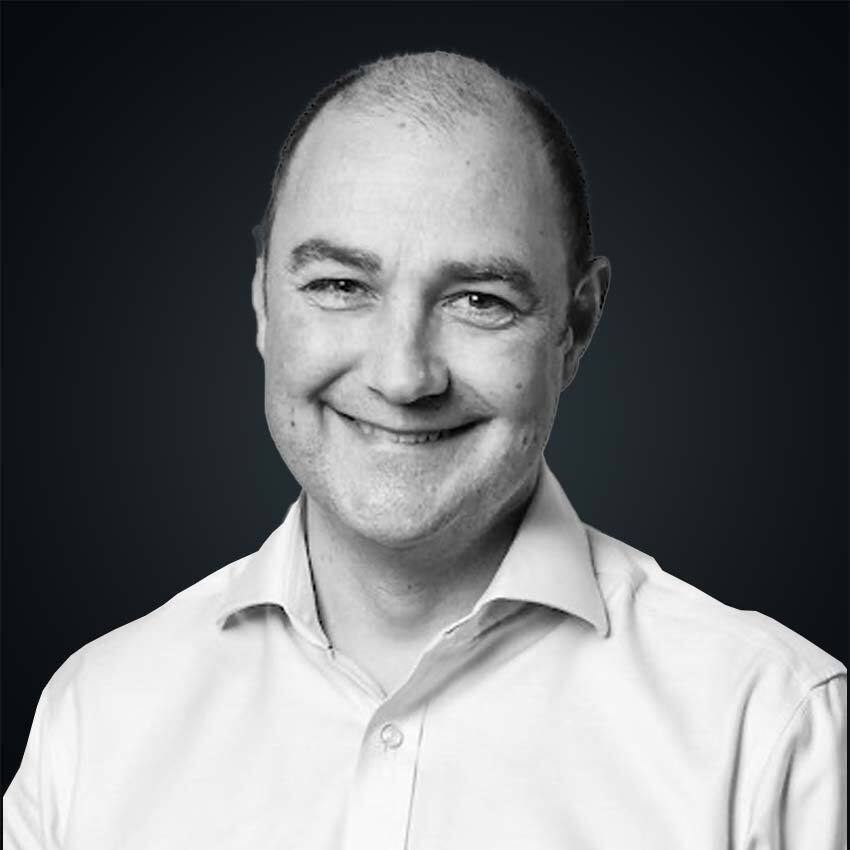 Luke Ibbetson has worked with Vodafone since 1996 and has led the Vodafone Group Research and Development organisation since 2013, which is responsible for all aspects of future research, including trials of emerging technologies. Mr. Ibbetson serves on the Board of several industry groups and initiatives, including the 5G Automotive Alliance, and serves as Chairman of the Next Generation Mobile Networks Alliance Board Strategy committee. Mr. Ibbetson holds a B.Sc. in electronic engineering and a M.Sc. in telecommunications from the University of Leeds. 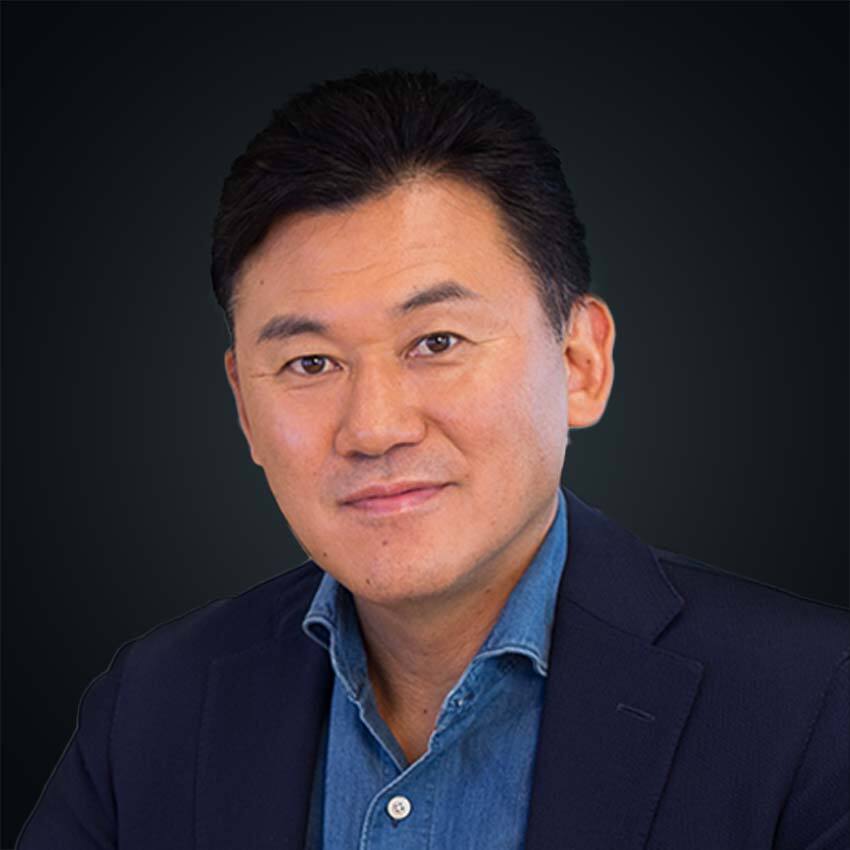 Mickey (Hiroshi) Mikitani is the founder, chairman and CEO of Rakuten, Inc. Founded in Japan in 1997 with the mission to contribute to society by creating value through innovation and entrepreneurship, Rakuten has grown to become one of the world’s leading internet services companies.

Rakuten has a dynamic ecosystem of more than 70 services, spanning e-commerce, fintech, digital content and communications, bringing the joy of discovery to more than 1.4 billion members around the world. Rakuten also become Japan’s newest mobile network operator in 2019.

In July 2017, Rakuten became the Main Global Partner and first-ever Global Innovation & Entertainment Partner of one of the world’s most admired soccer clubs, FC Barcelona, and, in September of the same year, became the first-ever jersey partner of the NBA’s Golden State Warriors. In 2019, Rakuten became the Global Innovation and Entertainment Partner and Global Presenting Partner for the Davis Cup, also known as the world cup of tennis.

Born in Kobe, Mikitani was educated at Hitotsubashi University in Tokyo, began his career in investment banking, and earned his MBA at Harvard Business School. In 2012, he was awarded the HBS Alumni Achievement Award, one of the school’s highest honors.

Mikitani is also a recipient of the Legion of Honour, awarded by the French government in recognition of contributions to the economy and culture of France. In 2011, he was appointed Chairman of the Tokyo Philharmonic Orchestra, which has the longest history and tradition of any orchestra in Japan, and serves as Representative Director of the Japan Association of New Economy (JANE). In 2015, Mikitani was appointed to the Board of Directors at Lyft, Inc.

In 2016, he was appointed Chairman and Director of Rakuten Medical, Inc. (formerly Aspyrian Therapeutics, Inc.), a biotechnology company developing the proprietary Illuminox™ platform as a new standard in precision-targeted anti-cancer treatment technology, and also took up the role of CEO in 2018. 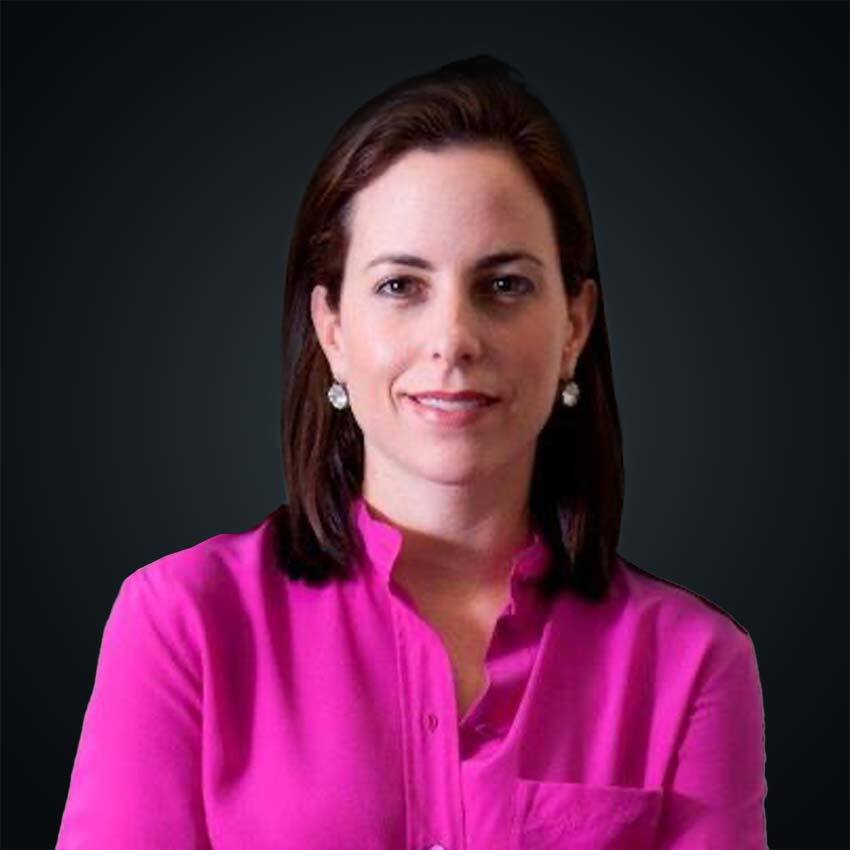 Adriana Cisneros is CEO of Cisneros, a third-generation, family owned and operated business with a global footprint and operations in Latin America and the United States. The company has three areas of focus: Media, Interactive, and Real Estate.

Adriana is also president of Fundación Cisneros, the family’s educational not-for-profit organization dedicated to improving education in Latin America. Adriana is co-chair of Endeavor Miami, an organization that promotes high-impact entrepreneurship. She is a director and executive committee member of the Board of the International Academy of Television Arts & Sciences, and a trustee of the Paley Center for Media.

She is on the board of MoMA PS1 and MoMA’s Latin American Acquisitions Committee. Adriana is a Henry Crown Fellow, as well as a Term Member at the Council of Foreign Relations, and an Advisory Board Member of Wyncode.

Adriana is the daughter of Gustavo Cisneros, the company’s Chairman, and granddaughter of Diego Cisneros, who founded the business in 1929. She lives in Miami, Florida, where the company is headquartered, with her husband and two children. Adriana holds a BA from Columbia University (2002) and a Master’s Degree in journalism from New York University (2005). She is also a graduate of Harvard Business School’s Program for Leadership Development (PLD – 2010). 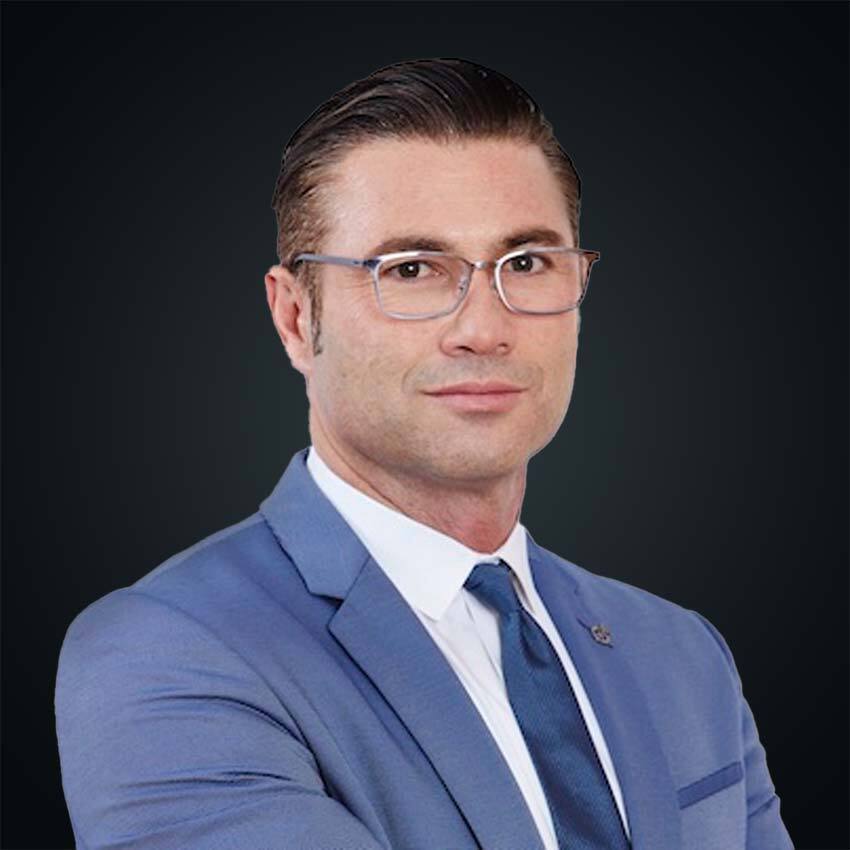 As the first Chief Technology Officer of the newly established Rakuten Mobile, Inc., Tareq Amin is leading the design and roll-out of the company’s next-generation cloud-native mobile network in Japan.

With a career in the mobile network industry of almost two decades, prior to joining Rakuten in 2018, Amin was a key contributor to the transformation of the mobile industry in India as Senior Vice President of Technology Development and Automation for Reliance Jio.

Prior to that, he served as Vice President of Carrier Solutions for Huawei and as Senior Director of National Planning & Performance at T-Mobile.

Amin holds a bachelor’s degree in Electrical Engineering and Physics from Portland State University in Oregon. 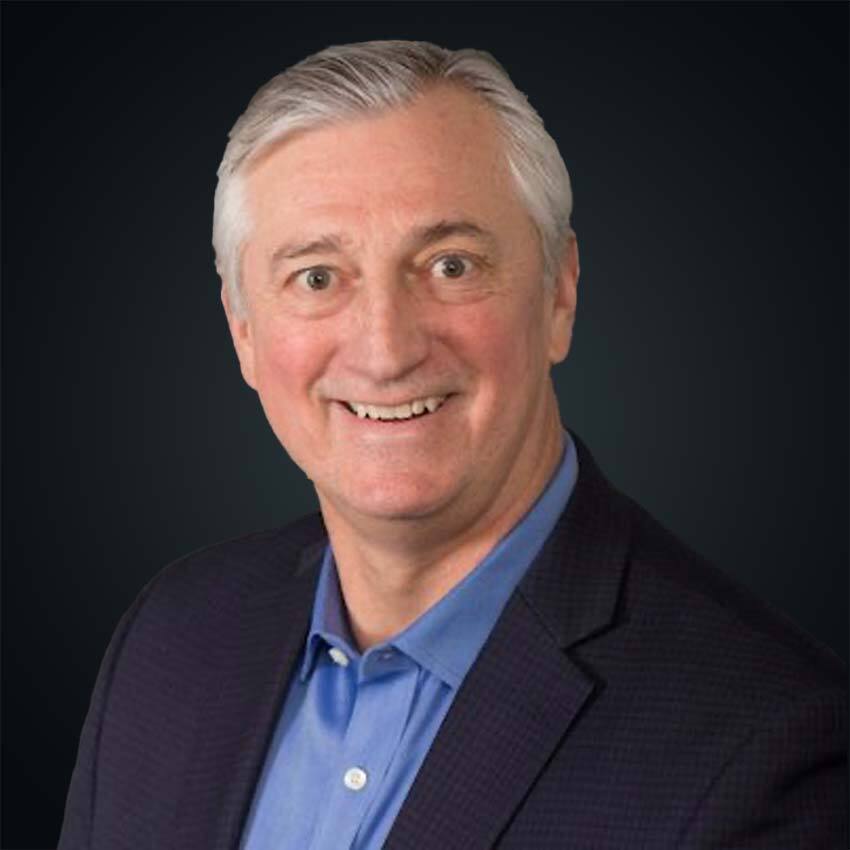 Ed Knapp is the corporate CTO for American Tower. He is responsible for leading the company’s global innovation program, technology investments and strategy.

Prior to joining American Tower in 2017, as Senior Vice President of Engineering at Qualcomm, Ed Knapp was responsible for their New Jersey Corporate Research Center from which he managed a diverse engineering team with researchers and product engineering staff across India, Israel and the US. Mr. Knapp has more than 38 years of communications technology experience with over 30 years invested in the development of the global wireless industry from 1G to 5G, including CxO leadership roles in three start-ups.

Prior to PacketVideo, Knapp co-founded and served as the senior vice president of engineering and chief technology officer of the MVNO operator NextWave Telecom, Inc. Mr. Knapp also served as the executive director of technical services for Bell Atlantic/NYNEX Mobile (Verizon Wireless) where he was responsible for design, buildout and operation of the New York Metro area 1G and 2G cellular system. 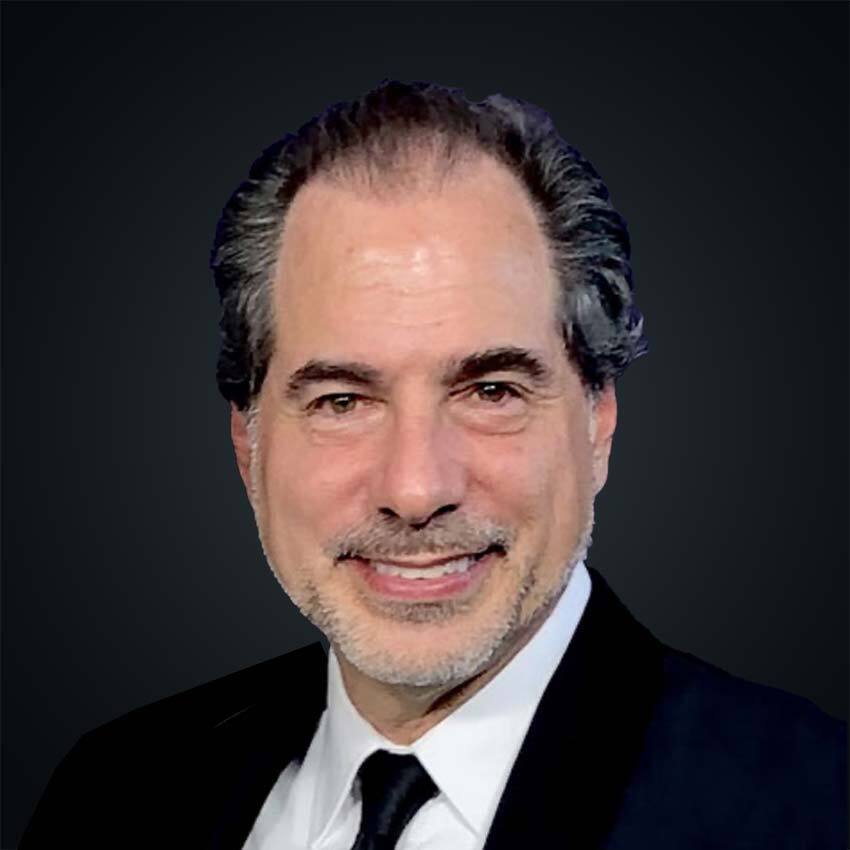 Richard Sarnoff is a Partner at Kohlberg Kravis Roberts & Company (KKR) and leads its Media, Entertainment, and Education investing activities for US private equity. From 2014 through 2017, Mr. Sarnoff served as Managing Director and Head of the Media and Communications industry group for KKR, leading investments in the Media, Telecom, Digital Media and Education sectors in the US. Mr. Sarnoff currently serves on the Board of Directors of Chegg, Inc., and of several private companies for KKR, as well as a number of not-for-profit organizations. Mr. Sarnoff holds a B.A. in Art and Archeology from Princeton University and an M.B.A. from Harvard Business School. 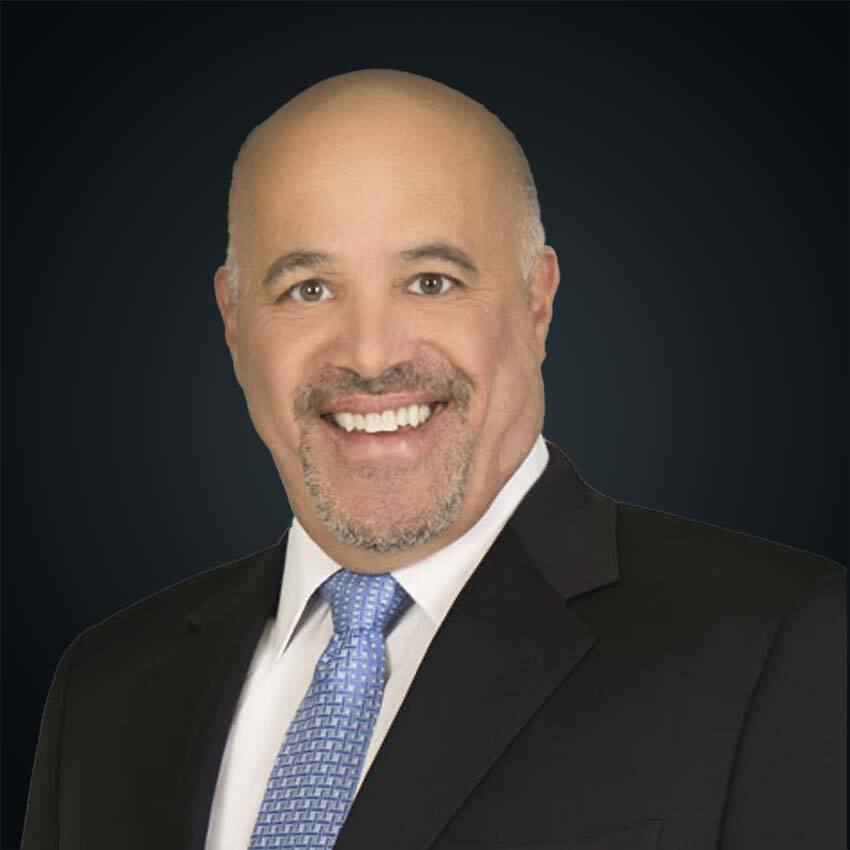 Ronald Rubin is the Co-Founder and Managing Director of Tower Alliance, LLC, a leading provider of outsourced services to wireless infrastructure owners. Mr. Rubin is also the Co-Founder and Managing Director of Southcom Holdings I, LLC, which oversees and implements wireless infrastructure investment and management strategies in Latin America. Mr. Rubin served as Chief Financial Officer of Global Tower Partners from 2010 to 2013. Mr. Rubin holds a B.S. in Accounting from American University and a M.S. in Taxation from Florida International University and is a Certified Public Accountant. 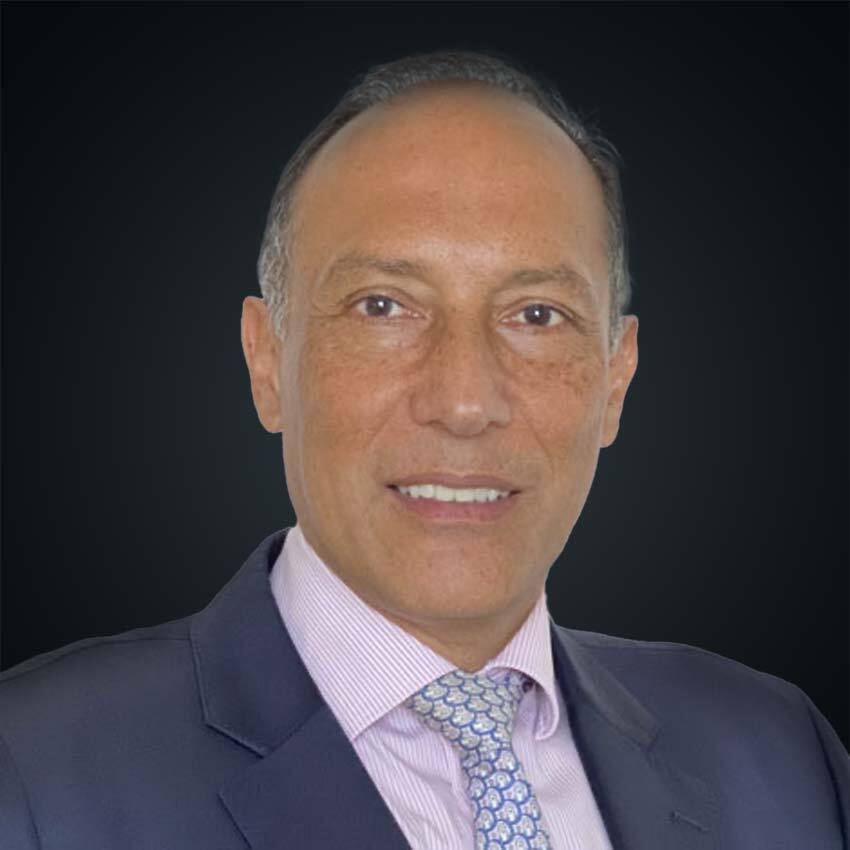 Julio A. Torres has served as the managing partner at Multiple Equilibria Capital, a financial advisory firm since March 2013. Mr. Torres has served as the Chief Executive Officer and member of the Board of Directors of Andina Acquisition Corp. III, since January 2019. From August 2015 to March 2018, Mr. Torres served as Chief Executive Officer and a member of the Board of Directors of Andina Acquisition Corp. II, a special-purpose acquisitions company that consummated an initial business combination with Lazy Days’ R.V. Center, Inc. From October 2011 through January 2013, Mr. Torres served as Co-Chief Executive Officer of Andina Acquisition Corp. He also served as a member of the board of Andina 1 from October 2011 until its merger in December 2013 with Tecnoglass Inc. and has continued to serve on the board of Tecnoglass Inc. since such time. Mr. Torres also serves on the board of several international public companies. Mr. Torres graduated from the Universidad de los Andes and received an M.B.A. from the Kellogg Graduate School of Management at Northwestern University and a master’s in public administration from the J.F. Kennedy School of Government at Harvard University. 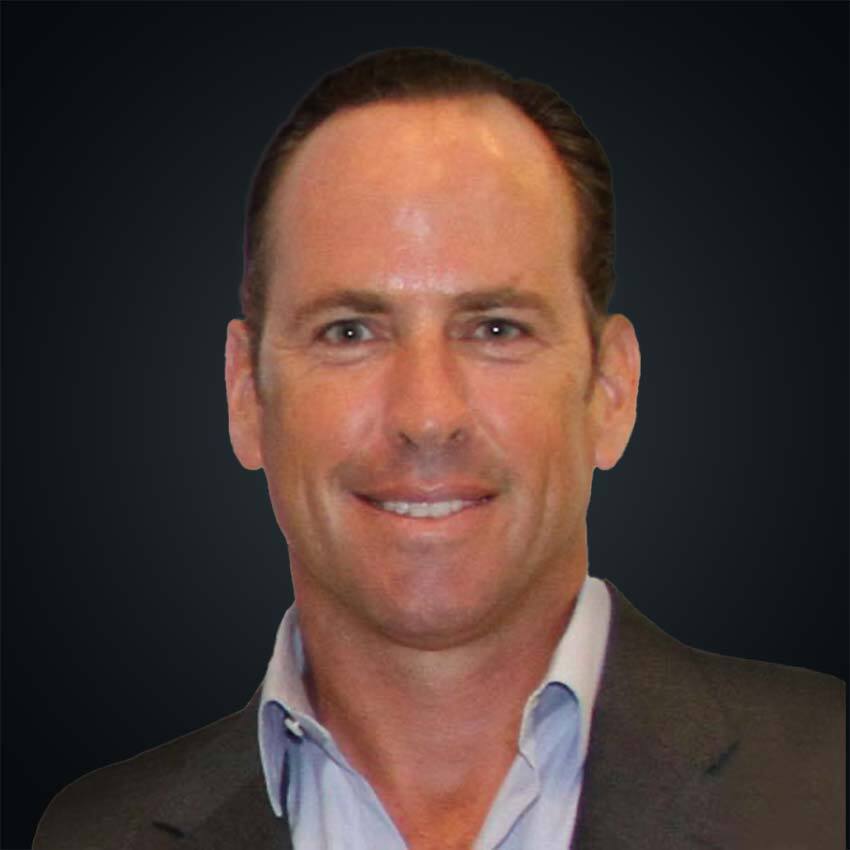 Alexander Coleman has 20 years of institutional private equity experience, focused predominantly on U.S. based middle-market companies. Most recently, Mr. Coleman has served as NPA’s Chairman of the Board since June 2019 and is the founder and Managing Partner of Annex Capital Management LLC, a U.S. based private equity group founded in 2004. Annex Capital focuses on making control investments in middle-market companies in a broad array of industries, and also acquires distressed debt and direct equity in the secondary market. Concurrently with Annex, Mr. Coleman was a Co-Head and Managing Partner of Citicorp Venture Capital, Citi’s New York based leveraged buyout fund. Mr. Coleman was also a Managing Partner of Sea Hunter, a specialized fund focused on the evolving global cannabis market and a predecessor to Tilt Holdings. Prior to these positions, from 1996 through to 2004, Mr. Coleman was a Managing Investment Partner and co-Head of Dresdner Kleinwort Capital LLC, Dresdner Bank’s North American merchant banking group. While at Dresdner, Mr. Coleman oversaw the bank’s U.S. based private equity businesses, which included control and minority equity investing, mezzanine, distressed senior debt and, for a period of time, a fund-of-funds program. From 1989 to 1995, Mr. Coleman worked with several groups while at Citi, including the Media Group, the Restructuring Group and Citicorp Venture Capital. Mr. Coleman has served as a Director and Chairman of the Board for numerous private and public companies, including Remy Inc., StackTeck Systems Ltd., Maxcess International, TeleCorp PCS, Hypercube (f/k/a KMC Telecom), Mrs. Field’s Famous Brands Inc., Gardenburger Inc., NurseFinders Inc., Waddington International, Inc. and JAC Products, Inc. Mr. Coleman received an M.B.A. from the University of Cambridge and a B.A. in Economics from the University of Vermont.