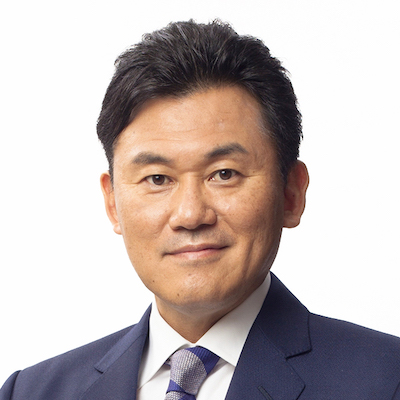 Mickey (Hiroshi) Mikitani is the founder, chairman and CEO of Rakuten, Inc. Founded in Japan in 1997 with the mission to contribute to society by creating value through innovation and entrepreneurship, Rakuten has grown to become one of the world's leading internet services companies.

Rakuten has a dynamic ecosystem of more than 70 services, spanning e-commerce, fintech, digital content and communications, bringing the joy of discovery to more than 1.4 billion members around the world. Rakuten also become Japan’s newest mobile network operator in 2019.

In July 2017, Rakuten became the Main Global Partner and first-ever Global Innovation & Entertainment Partner of one of the world’s most admired soccer clubs, FC Barcelona, and, in September of the same year, became the first-ever jersey partner of the NBA’s Golden State Warriors. In 2019, Rakuten became the Global Innovation and Entertainment Partner and Global Presenting Partner for the Davis Cup, also known as the world cup of tennis.

Born in Kobe, Mikitani was educated at Hitotsubashi University in Tokyo, began his career in investment banking, and earned his MBA at Harvard Business School. In 2012, he was awarded the HBS Alumni Achievement Award, one of the school’s highest honors.

Mikitani is also a recipient of the Legion of Honour, awarded by the French government in recognition of contributions to the economy and culture of France. In 2011, he was appointed Chairman of the Tokyo Philharmonic Orchestra, which has the longest history and tradition of any orchestra in Japan, and serves as Representative Director of the Japan Association of New Economy (JANE). In 2015, Mikitani was appointed to the Board of Directors at Lyft, Inc.

In 2016, he was appointed Chairman and Director of Rakuten Medical, Inc. (formerly Aspyrian Therapeutics, Inc.), a biotechnology company developing the proprietary Illuminox™ platform as a new standard in precision-targeted anti-cancer treatment technology, and also took up the role of CEO in 2018.