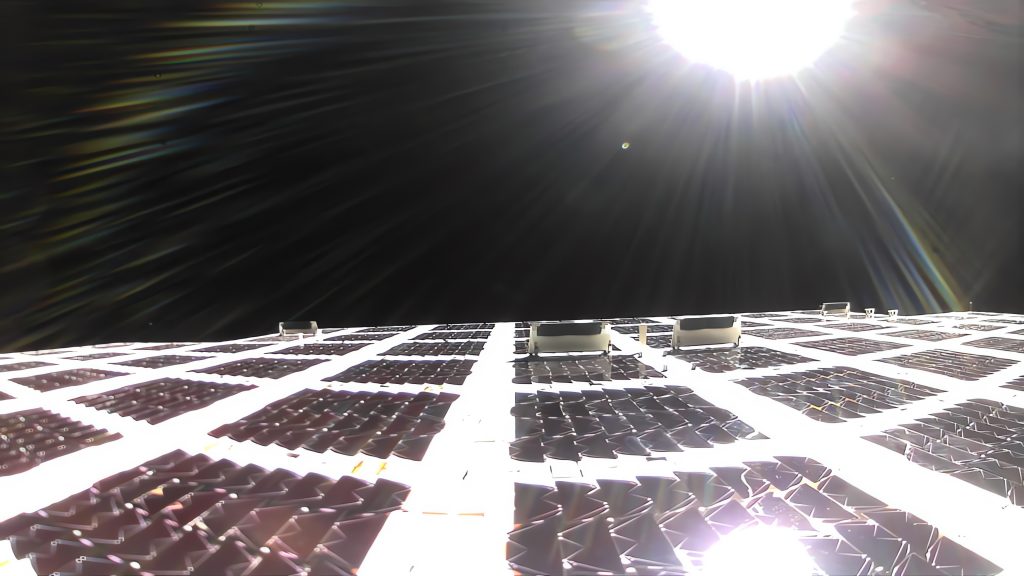 BW3 is the largest-ever commercial communications array deployed in low Earth orbit and is designed to communicate directly with cellular devices via 3GPP standard frequencies at 5G speeds. Now that it has been unfolded, the satellite spans 693 square feet in size, a design feature critical to support a space-based cellular broadband network. The satellite is expected to have a field of view of over 300,000 square miles on the surface of the Earth.

The unfolding of BW3 was made possible by years of R&D, testing and operational preparation. AST SpaceMobile has a portfolio of more than 2,400 patent and patent-pending claims supporting its space-based cellular broadband technology. Additional details on the BlueWalker 3 mission can be seen in this video.

“Every person should have the right to access cellular broadband, regardless of where they live or work. Our goal is to close the connectivity gaps that negatively impact billions of lives around the world,” said Abel Avellan, Chairman and Chief Executive Officer of AST SpaceMobile. “The successful unfolding of BlueWalker 3 is a major step forward for our patented space-based cellular broadband technology and paves the way for the ongoing production of our BlueBird satellites.”

“We want to close coverage gaps in our markets, particularly in territories where terrain makes it extremely challenging to reach with a traditional ground-based network. Our partnership with AST SpaceMobile – connecting satellite directly to conventional mobile devices – will help in our efforts to close the digital divide,” said Luke Ibbetson, Head of Group R&D, Vodafone and an AST SpaceMobile director.

Tareq Amin, CEO of Rakuten Mobile and Rakuten Symphony and an AST SpaceMobile director, added “Our mission is to democratize access to mobile connectivity: That is why we are so excited about the potential of AST SpaceMobile to support disaster-readiness and meet our goal of 100% geographical coverage to our customers in Japan. I look forward not only to testing BW3 on our world-leading cloud-native network in Japan, but also working with AST SpaceMobile on integrating our virtualized radio network technology to help bring connectivity to the world.”

Chris Sambar, President – Network, AT&T, added “We’re excited to see AST SpaceMobile reach this significant milestone. AT&T’s core mission is connecting people to greater possibilities on the largest wireless network in America. Working with AST SpaceMobile, we believe there is a future opportunity to even further extend our network reach including to otherwise remote and off-grid locations.”

AST SpaceMobile is building the first and only global cellular broadband network in space to operate directly with standard, unmodified mobile devices based on our extensive IP and patent portfolio. Our engineers and space scientists are on a mission to eliminate the connectivity gaps faced by today’s five billion mobile subscribers and finally bring broadband to the billions who remain unconnected. For more information, follow AST SpaceMobile on YouTube, Twitter, LinkedIn and Facebook. Watch this video for an overview of the SpaceMobile mission.

This communication contains “forward-looking statements” that are not historical facts, and involve risks and uncertainties that could cause actual results of AST SpaceMobile to differ materially from those expected and projected. These forward-looking statements can be identified by the use of forward-looking terminology, including the words “believes,” “estimates,” “anticipates,” “expects,” “intends,” “plans,” “may,” “will,” “would,” “potential,” “projects,” “predicts,” “continue,” or “should,” or, in each case, their negative or other variations or comparable terminology.

These forward-looking statements involve significant risks and uncertainties that could cause the actual results to differ materially from the expected results. Most of these factors are outside AST SpaceMobile’s control and are difficult to predict. Factors that may cause such differences include, but are not limited to: (i) expectations regarding AST SpaceMobile’s strategies and future financial performance, including AST’s future business plans or objectives, expected functionality of the SpaceMobile Service, anticipated timing and level of deployment of satellites, anticipated demand and acceptance of mobile satellite services, prospective performance and commercial opportunities and competitors, the timing of obtaining regulatory approvals, ability to finance its research and development activities, commercial partnership acquisition and retention, products and services, pricing, marketing plans, operating expenses, market trends, revenues, liquidity, cash flows and uses of cash, capital expenditures, and AST’s ability to invest in growth initiatives; (ii) the negotiation of definitive agreements with mobile network operators relating to the SpaceMobile service that would supersede preliminary agreements and memoranda of understanding; (iii) the ability of AST SpaceMobile to grow and manage growth profitably and retain its key employees and AST SpaceMobile’s responses to actions of its competitors and its ability to effectively compete; (iv) changes in applicable laws or regulations; (v) the possibility that AST SpaceMobile may be adversely affected by other economic, business, and/or competitive factors; (vi) the outcome of any legal proceedings that may be instituted against AST SpaceMobile; and (vii) other risks and uncertainties indicated in the Company’s filings with the SEC, including those in the Risk Factors section of AST SpaceMobile’s Form 10-K filed with the SEC on March 31, 2022.

The planned testing of the BW3 test satellite may not be completed due to a variety of factors, which could include loss of satellite connectivity, destruction of the satellite, or other communication failures, and even if completed as planned, the BW3 testing may indicate adjustments that are needed or modifications that must be made, any of which could result in additional costs, which could be material, and delays in commercializing our service. If there are delays or issues with our testing, it may become more costly to raise capital, if we are able to do so at all.