TOKYO, LONDON, TEXAS - March 3, 2020 - Rakuten and Vodafone have become the lead investors in a venture to extend mobile coverage to more people and devices across the planet, using the first mobile broadband network that will be broadcast from space.

Branded SpaceMobile, the low-Earth-orbit (LEO), low-latency satellite network from AST & Science will be the first in the world to connect directly to standard smartphones. The company holds an extensive patent and IP portfolio for its ground and space technologies.

“SpaceMobile will be particularly transformative to the growing US$1 trillion annual global mobile market because it will eliminate the coverage gaps faced by today’s five billion mobile subscribers moving in and out of connectivity every day. It will also help the world’s most under-served communities to access the latest mobile services much sooner than predicted, helping more people to access the digital economy,” said Abel Avellan, AST & Science chairman and CEO.

AST & Science will initially offer 4G services to partner networks globally, with 5G delivered in the future. The SpaceMobile network will enable seamless roaming to and from terrestrial cellular networks at comparable data rates without any need for specialized satellite hardware.

In addition to its investment in AST & Science, Vodafone has agreed to a strategic partnership and will contribute technical, operational and regulatory expertise in support of the global deployment of SpaceMobile.

Nick Read, CEO, Vodafone Group, said: “At Vodafone we want to ensure everyone benefits from a digital society – that no-one is left behind. We believe SpaceMobile is uniquely placed to provide universal mobile coverage, further enhancing our leading network across Europe and Africa - especially in rural areas and during a natural or humanitarian disaster - for customers on their existing smartphones.”

“AST & Science’s SpaceMobile venture is a perfect fit for us,” said Mickey Mikitani, chairman and CEO of Rakuten, Inc. “Our investment is part of our broader strategy to become a leading mobile network operator in Japan and a global solution provider to markets around the world. Rakuten’s strategic investment with AST & Science has the potential to support our efforts to connect users across Japan through mobile innovation, expanding national coverage from metropolitan to remote areas and bolstering the network in times of natural disaster.” 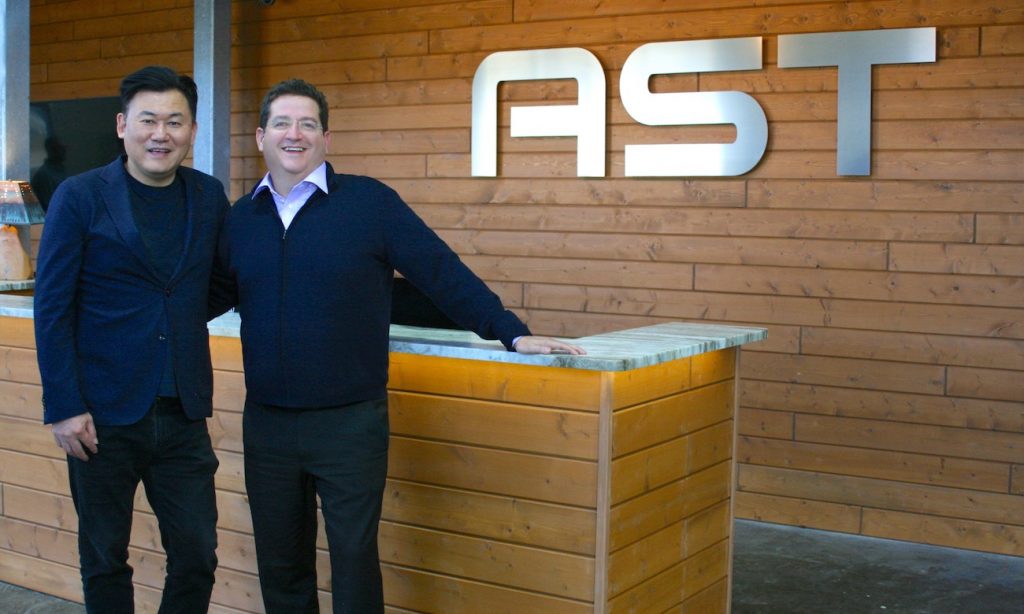 AST & Science successfully tested its SpaceMobile technology aboard the BlueWalker 1 satellite, launched in April 2019, and has been further validating the technology following that initial flight.

The new investment brings the total capital raised by AST & Science to US$128 million, including the early investments from Cisneros and founder Abel Avellan. Barclays served as financial advisor to the company.

AST & Science is building the first, and only, broadband cellular network in space to operate directly with standard, unmodified mobile devices based on our extensive IP and patent portfolio. Our team of engineers and space scientists are on a mission to eliminate the connectivity gaps faced by today’s five billion mobile subscribers and finally bring broadband to the billions who remain unconnected.

Rakuten, Inc. (TSE: 4755) is a global leader in internet services that empower individuals, communities, businesses and society. Founded in Tokyo in 1997 as an online marketplace, Rakuten has expanded to offer services in e-commerce, fintech, digital content and communications to approximately 1.4 billion members around the world. The Rakuten Group has over 20,000 employees, and operations in 30 countries and regions. For more information, visit https://global.rakuten.com/corp/.

Vodafone Group is one of the world’s leading telecoms and technology service providers. We have extensive experience in connectivity, convergence and the Internet of Things, as well as championing mobile financial services and digital transformation in emerging markets.

Vodafone Group has mobile operations in 24 countries, partners with mobile networks in 42 more, and fixed broadband operations in 19 markets. As of 31 December 2019, Vodafone Group had approximately 625 million mobile customers, 27 million fixed broadband customers and 22 million TV customers, including all of the customers in Vodafone’s joint ventures and associates. For more information, please visit: www.vodafone.com.